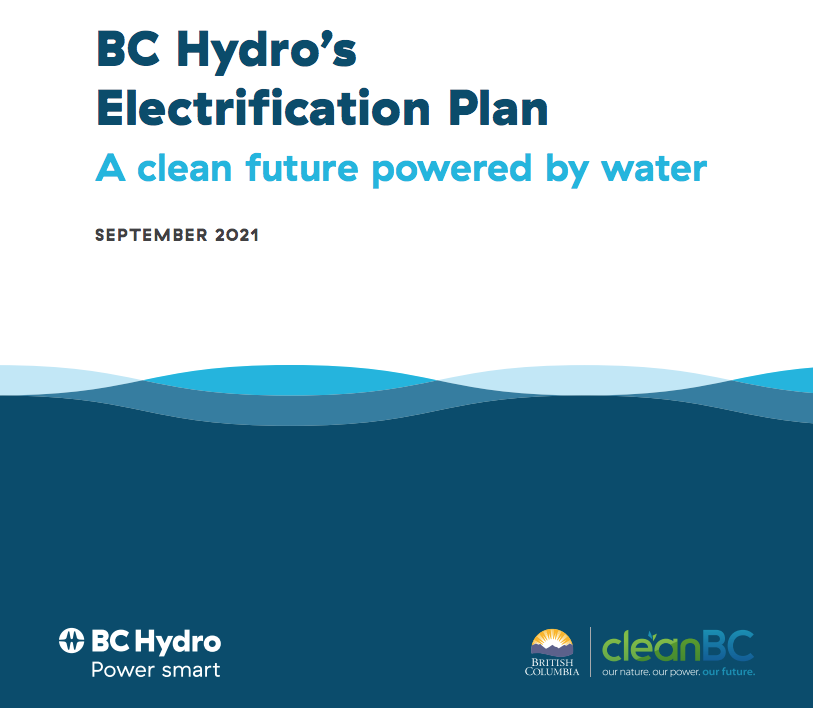 “From heat waves to wildfires, we are already seeing the devastating effects of climate change. Here in B.C., we have accomplished a lot with North America’s most progressive plan to reduce carbon pollution – but the scale of the crisis means we must act with even more urgency.”

With these words, Premier John Horgan announced BC Hydro’s five year low carbon electrification plan, which was filed for review by the BC Utilities Commission earlier this month.

BCSEA looks forward to thoroughly assessing Hydro’s plan over the next few months at the Utilities Commission’s review. Meanwhile, here are some key features of the plan.

Hydro will invest $190 million in the next five years to promote “fuel switching” from fossil fuels to electricity in buildings, vehicles and industry.

Electrification measures for buildings include:

Electrification measures for transportation include:

Electrification measures for the industry include:

incentives, studies, research, pilots and energy manager services for electrification in sectors such as mining, forests, and natural gas operations

The plan also specifies that Hydro will spend $50 million to attract new, low carbon industry to BC.

Hydro estimates these initiatives, if fully realized, would cause electricity rates to be about 1% lower than rates would be without electrification. This is because Hydro has a current surplus of generation (which is expected to increase when the Site C hydroelectric project comes into service in 2024). If this surplus is not sold to Hydro’s customers, it would be sold at lower prices on the open market.