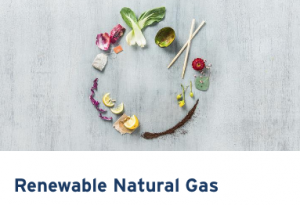 by Bill Andrews and Tom Hackney

An unusually large number of parties – 25 – are intervening in FortisBC gas utility’s application to revise its Renewable Natural Gas Program, which is now renamed the Renewable Gas (RG) Program to recognize the plan to mix hydrogen and “syngas” into the current biomethane service.

In addition to the BCUC regulars, the interveners include BC’s largest municipalities – Vancouver, Victoria, Surrey, Richmond, North Vancouver and Saanich, as well as Metro Vancouver. Also, BC Transit and Translink are intervening, as are BC Ferries, Seaspan Ferries Inc., Pacific Northern Gas and others. Eighteen individuals or groups are signed up as interested parties, and letters of comment are flowing in.

On its side, Fortis gas claims its existence is threatened by the increasing GHG emissions limits:

“Without a response from [Fortis gas], federal, provincial and municipal regulations and policies focused on reducing GHG emissions threaten the long-term viability of the gas delivery system and energy choice for British Columbians.” [Application, page 1]

The most immediately controversial issue is Fortis’s proposal to provide 100% renewable gas service for all new residential gas hook-ups, for the life of the building, paid for by other gas customers.

This is problematic in several ways. First, the proposal is aimed at frustrating efforts by a growing number of municipalities to encourage electric heat pumps and district energy systems for new residential construction. Second, Fortis’s proposal calls for a cross-subsidy from other ratepayers, which runs counter to well established principles of fair ratemaking. Third, the proposed cross-subsidized 100% RG service is said to be “permanent,” but this is impossible since the Utilities Commission always has the power to amend a rate in the future.

Another controversial issue in the proceeding has to do with the program for voluntary purchases of Renewable Gas. Fortis proposes to continue the Voluntary RG Program, which is good. However, Fortis also proposes to boost the price for voluntary RG paid by one group of customers: those who buy CNG (compressed natural gas) or liquefied natural (LNG) for medium and heavy duty vehicles and vessels (such as ferries). These “Natural Gas Vehicles” (NGV) customers use natural gas in place of diesel or oil, and many have expressed an interest in buying RG to reduce their GHG emissions even more. The regular price for RG under the voluntary program is less than the actual cost of acquiring the RG (i.e., it is cross-subsidized by other ratepayers). Fortis now proposes to eliminate this benefit for NGV customers and to require them to pay the actual cost of acquiring RG. Fortis gives two reasons for this. First, Fortis says that GHG reductions due to NGV customers buying RG don’t count toward the GHG reductions required by the CleanBC Roadmap. Second, Fortis argues that NGV customers who buy RG can receive and sell Low-Carbon Fuel Credits so they don’t need a cross-subsidy from other gas customers. BCSEA has not taken a position on the issue yet. However, NGV customers such as BC Transit, Translink, Seaspan and Brightside Solutions are certainly opposed to the proposal.

Looming over these immediate issues is the BC government’s heavy reliance on RG as one method of reducing BC’s GHG emissions. Will there be enough RG available at affordable prices to meet the ambitious supply targets that Fortis is proposing? Will the GHG emissions of RG will really be minimal, as Fortis claims?

Fortis’ proposed Revised RG Program does signal a significant shift in Fortis’s response to the imperative to reduce GHG emissions. However, BCSEA doesn’t agree with Fortis’s stark claim that constantly increasing the number of new connections to the gas system is essential for the long term viability of the system. In its recently filed information requests, BCSEA asked Fortis: