Solar on a Strata – Our Vote 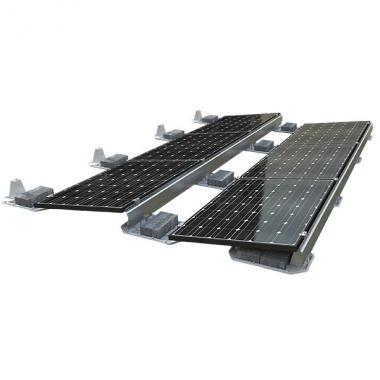 This is a continuation of the story in Solar on a Strata ?

As planned, our strata Annual General Meeting was on February 25. We had just enough owners and proxies for a quorum under our bylaws – 22. Half of the meeting was quite routine – review of the budget, some small extra expenditures on paint, plumbing, and an asbestos report. The big topic was the Solar on a Strata proposal.

My goal with this blog is to provide a ‘road map’ for other stratas, so I’m going to go into the details here.

Mike Geldreich – the electrician who gave us a quote – attended and helped to answer questions.

We had over half an hour of discussion on it, before the vote which needed 3/4 of the people and proxies present in the room to pass. Our building manager counted three times, and the vote was 18 to 6.

WHAT WAS IMPORTANT TO THE OWNERS ?

Finance was the main focus in the discussion. We had a firm quote, so the questions were around how much energy and money we could save. Our property manager Paul Merrien pointed out that the 5% – 6% ROI was much better than what you get in a bank.

There was one owner who was very concerned about whether we have enough money in our Reserve Fund and financial plan to deal with possible future upgrades to the elevator. This seemed like a distraction that lasted several minutes, but she told me after the meeting that she needed to know, and voted in favour once that was clarified. Because every vote counted, I’m glad we took the time.

It would be interesting to know why people voted for it, and against. Many seemed to agree with the REALTOR that it showed we care about our building, and could add at least the system cost per unit ($555 – $865) to the value of their unit when it is time to sell, especially to the younger, urban population our building attracts. Many see solar energy as the future and just like it.

One owner voted no because he felt he couldn’t afford the extra monthly cost. There were two people in the room with ‘no’ proxies who thought that the owners they represented might have voted ‘yes’ if they had heard the full story, but followed the owners’ instructions. I think there were two ‘no’ votes by owners present who I didn’t get a chance talk to about their decision.

WHAT I’D CHANGE NEXT TIME

Next in the series: Engineering Approval

The Presentation from the AGM in PDF. Ask me for the .pptx if you wish
Browse the BCSEA Business Member Directory
Menu
Facebook-f Twitter Linkedin-in